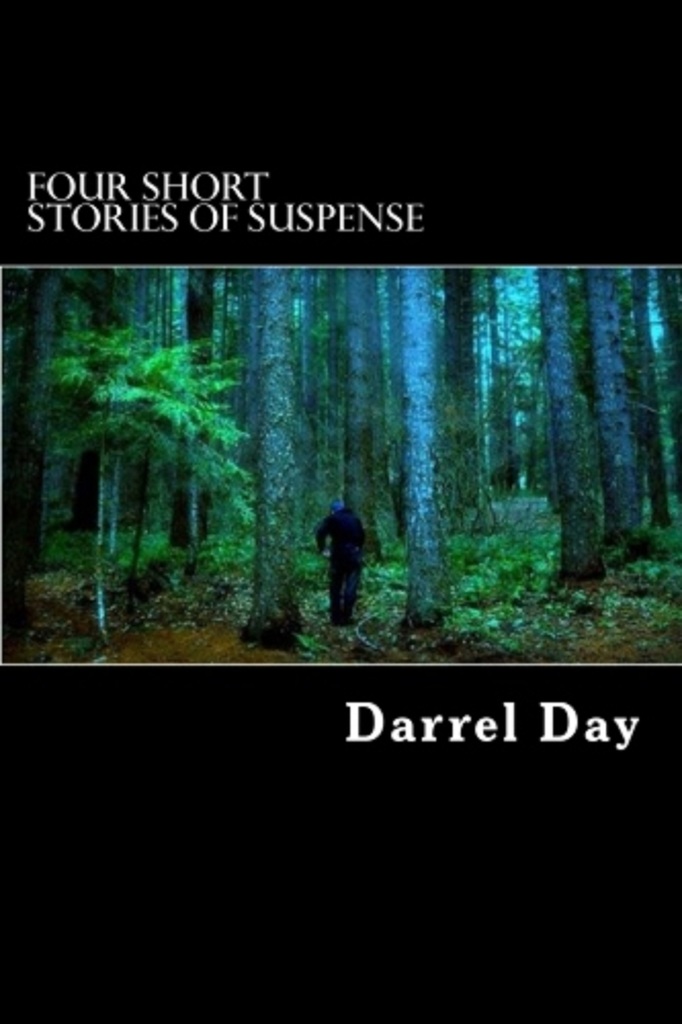 He hadn't moved for over an hour. The accident earlier that evening kept playing over and over in his mind.

The light turned red, but he was in a hurry and accelerated. An orange blur came from his right, and in a split second there was a violent jolt, then the bicyclist rolled across his hood and fell out of sight on the pavement. Horns blared angrily and he panicked, stepping on the gas and screeching away from the chaos into the darkness, shaken and keeping an eye on his rearview mirror until he got home.

Why did you run, you idiot? He'd never committed a crime before this and punished himself by imagining years in jail, his career gone, his family gone, his future gone.

6 Ways to Add Suspense to Any Story

Why not just go to the police right now? You can afford a lawyer. Then someone tapped on the front door and his world suddenly crumbled away beneath him. They found me. There was nothing he could do but answer it. Running would only make matters worse. His body trembling, he got up, went to the door and opened it. A police officer stood under the porch light. He let out a defeated sigh. Let me —"I am terribly sorry, but I'm afraid I have some bad news.

Your son's bike was struck by a hit and run driver this evening. He died at the scene. I'm very sorry for your loss. Have you ever walked into a room and found a vampire? No, not the sexy kind, but a foul creature with bony limbs and ashen skin? The kind that snarls as you enter, like a beast about to pounce? The kind that roots you to the spot with its sunken, hypnotic eyes, rendering you unable to flee as you watch the hideous thing uncoil from the shadows?

Has your heart started racing though your legs refuse to? Have you felt time slow as the creature crosses the room in the darkness of a blink? Have you shuddered with fear when it places one clawed hand atop your head and another under your chin so it can tilt you, exposing your neck?


Have you squirmed as its rough, dry tongue slides down your cheek, over your jaw, to your throat, in a slithering search that's seeking your artery? Have you felt its hot breath release in a hiss against your skin when it probes your pulse—the flow that leads to your brain? Has its tongue rested there, throbbing slightly as if savoring the moment?

Have you then experienced a sinking, sucking blackness as you discover that not all vampires feed on blood—some feed on memories? Well, have you? Maybe not. But let me rephrase the question:Have you ever walked into a room and suddenly forgotten why you came in? The doctor pulled the stethoscope ear tips out and hung the device around his neck. Weatherby, all of your tests have come back negative and my examination shows nothing abnormal.

A psychologist can help I need answers. They seem to have a life all their own. I can't hold a job. I'm under investigation for assault. I almost killed my neighbor. This can't go on. I'll try anything at this point. He was convinced that despite what the doctors said, it was not a psychological problem.

That night, a frustrated and angry Adam sat in a chair and drank bourbon. Drunk and hopeless, he stumbled to the garage and started the table saw, then slowly lowered his wrists toward the screaming blade. Detective Armstrong entered the garage where several uniformed officers stood over the blood-soaked body. He apparently chopped off his hands with the table saw and bled to death.

I don't know why I looked up, but when I did I saw him there. He stood against my window.

His forehead rested against the glass, and his eyes were still and light and he smiled a lipstick-red, cartoonish grin. And he just stood there in the window. My wife was upstairs sleeping, my son was in his crib and I couldn't move I froze and watched him looking past me through the glass. Oh, please no. His smile never moved but he put a hand up and slid it down the glass, watching me.

With matted hair and yellow skin and face through the window. I couldn't do anything. I just stayed there, frozen, feet still in the bushes I was pruning, looking into my home. People started falling from the sky by the close of the decade. They were never clothed, always naked, always a petrifying grin on their faces. It had been just a few at first, but then hundreds and thousands would fall at a time, destroying cars, homes, blocking off highways.

Strange discoveries were made upon research; they were human, but lacked any blood, intestines, even a heart. No one could explain the hideous grins they had, or even where they came from. It was a woman in Costa Rica who made the latest and most disturbing discovery. She recognized one of the fallen bodies as a long dead relative, one who died back when she had been a teenager. Then more and more identifications were made. Soon people were picking out their long dead loved ones amongst the video feeds, cadaver piles, and crematoriums.

No one could explain why they were coming back, falling from the sky. Even more distressing, after disposing of the bodies, it wouldn't be long until that same body came plummeting from the sky again. You could not get rid of them, no matter what.

People were getting killed by the higher volume of falling bodies, and soon after burial, they too, began to fall. My mother was killed when a body landed on her car, crushing her. The next week, the news reported on a body that had gotten lodged in an airplane windshield. They say when hell is full; the dead shall walk the earth.

I watched as my soon to be father-in-law held his daughter's hand as he walked down the aisle. Tears streamed down his face as the wedding march that played in the background reminded him that, in a few minutes, he would be watching me hold his daughter's hand and slipping on her ring. He walked up to the altar and I took hold of her hand, grinning from ear to ear. It was the happiest day of my life.

My bride's father got down on his knees and started begging. Just please give my daughter back.